One of the most fascinating mediums of the 20th century, in my opinion, is Eileen J Garrett: psychic, trance-medium…and skeptic?

Born in Ireland in 1893, Garrett knew tragedy from an early age. While still very young, her parents committed suicide, and she was raised by her religious aunt and uncle. While her uncle was a sweet man, her aunt was described by Eileen as cold, and strict, and she and Eileen never truly connected. This lead Eileen to retreat into her inner world where she found visions and voices.

As a very sickly child growing up near moors and sacred stone circle, Eileen appreciated nature and the magic therein. From a young age she saw auras around people and even experienced spirit visitations, much to her aunt’s dismay.

Misfortune followed Eileen into adulthood, especially into her 3 marriages. Each one ending in death or divorce. Her first marriage to a man name Clive, yielded three sons who all died very young, and one daughter who thrived, named Eileen after her mother. 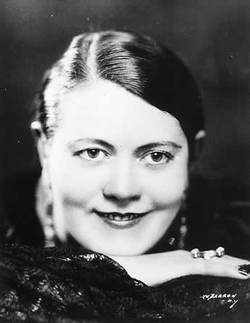 After WW1 Eileen was attending a table tipping seance, a new experience for her, and while at the session, she appeared to fall asleep. But asleep she was not! Eileen fell into a trance state and began giving information about the other sitters deceased loved ones. Upon waking she was unaware of what transpired. Encouraged by those in attendance, she sought out the help of a hypnotist who was able to induce the trance state (like many mediums, later on this was not needed for her to go into trance) and while under trance, revealed a spirit control (Spirit guide) by the name of Uvani.

Uvani, who claimed Arabic origins, was Garrett’s main control, but in time a secondary control named Abdul Latif, a persian physician, introduced himself and would work with Eileen in trance diagnosis and disseminating medical information, much like her contemporary “The Sleeping Prophet” Edgar Cayce. Interestingly Edgard Cayce and Eileen Garrett did meet, and performed trance readings for each other.

As Eileen Garrett’s reputation and her own curiosity grew, she began to work with and be tested by a number of researchers, scientists, parapsychologists, and spiritualists, including Sir Arthur Conan Doyle, Sir Oliver Lodge, The British College of Psychic Science, and after moving to America where she eventually would become a citizen, Dr Joseph Rhine with Duke University and the American Society for Psychical Research. One  of the more controversial feats of her mediumship involved communicating with a spirit connected to the R101 Airship disaster, and allegedly communicating unknown mechanical information that lead to the crash, though this is debated by believers and skeptics alike.

The thing that intrigues me the most, and that I respect the most about Eileen, is that she never doubted WHAT she was able to do, but she was never convinced in regards to HOW she was able to do it. She often wondered if much of her psychic ability was simply a telepathy- but even more interestingly, despite being one of the most credible and studied trance mediums in the world- she was not convinced that her own spirit guides/controls were legitimate Spirits, but believed them to likely be aspects of her own subconscious personified, and ultimately was unconvinced in a Spirit world or life after death.

Many Voices: The Autobiography of a Medium by Eileen Garrett
The Spirit Book: Raymond Buckland

Stories of a Psychic Youth